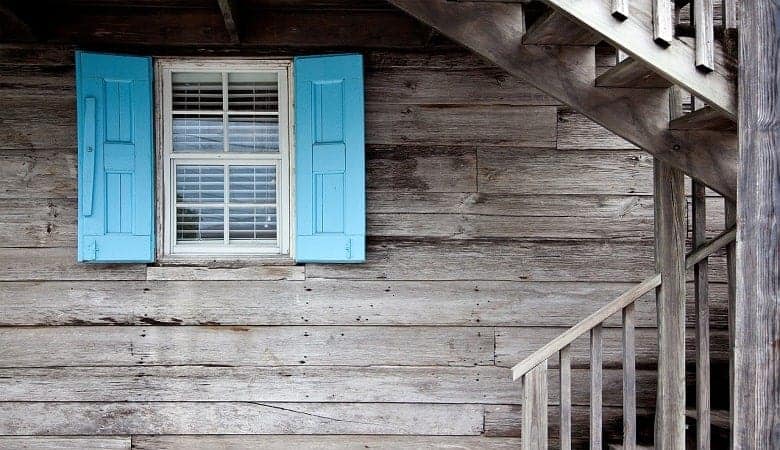 Windows play an important part in letting in the fresh air, allowing us to enjoy beautiful backyard scenery during the spring and summer months when the flowers bloom. But it’s unfortunate that the same windows, besides the doors, have become the main culprit in noise transmission into our quiet haven homes.

In fact, according to research published on the NCBI website, some people have reported that the noises problem has become too much for them, such that they no longer open their windows to enjoy the backyard scenery (Source)

The windows mainly transmit to your house outside traffic noise, dogs barking, kids playing, cars revs, airplane noises, all of which are collectively referred to as Secondhand Noise.

Secondhand noise is a term coined to describe the type of noises experienced by people who didn’t produce it.

According to Les Blomberg, the CEO of the Noise Pollution Clearinghouse, secondhand noise is just like secondhand smoke and is a civil rights issue. (Source)

This type of noise can negatively affect people who experience it, including decreased productivity, sleep disruption, stress, and even cardiovascular disease. (Source) For this reason, it’s always important to ensure that you have effective soundproofing on your windows and doors, walls, ceilings, and flooring.

What is Window Soundproofing Film?

Just as the name suggests, acoustic dampening window films are products designed to help reduce noise transmission through the windows. This means that you will not only be cutting down noise transmission into your space, but you will also be reducing the amount of noise in your room leaking to the outside world.

However, the window films also serve many other functions, including blocking UV rays from the sun and serving as anti-shatter. They are often made of an environmental PVC or plastic vinyl and adhere to the window panes by static cling, making them easy to install and reusable.

Additionally, some of these window films are used for tinting purposes. This helps cut down the amount of light that enters the space besides improving aestheticism.

How Soundproof Film for Windows Work?

Window soundproofing film works by holding the glass panes together and reducing the ability of the glass panes to vibrate, effectively absorbing vibrations, cutting down noise coming through the windows to create effective noise control windows. However, you shouldn’t expect massive noise reduction with soundproof window film. You may need to incorporate other window soundproofing methods for maximum noise reduction.

By reducing the vibrations, you will be cutting down impact noise transmission. Impact, otherwise known as structure-borne noises, is the sound transmitted through structures. Noise from the outside travels through the air, and once it hits the window glass panes, it causes the glass molecules to vibrate- resulting in the vibrations we hear.

Besides reducing vibrations, I don’t think the “soundproof film” effectively reduces airborne noise. However, I’ve seen several folks claim that it worked for them, but I’m highly skeptical. But I give them the benefit of the doubt since quietness and loudness is a bit subjective, and what I would consider loud would probably be quiet for the next person.

The human ear can perceive noise in the range of 1000-4000 Hz, and installing a window film could probably help deal with sounds that transmit in this range.

You get more than soundproofing benefits with a window film. Since the windows are thinner than the walls, they reduce privacy and cause distraction. Below are some of the advantages you get with this product.

Acoustic Dampening: professional window soundproofing film reduces vibrations and airborne noises transmitting through the Window. Compared to the windowpane, the film is much softer and hence will reflect less sound, and by doing so, you end up eliminating echoes and reverbs in your room.

Privacy: did you know that tinted windows improve privacy and will keep off paparazzi’s who simply want to know your every move. Opaque films will prevent people from peeping at your home, making them perfect for homes with windows right in front of another house.

Protect Health: through sound Dampening, you’re able to achieve a much quieter room, allowing you to enjoy a peaceful stay at home. You’ll be able to improve the quality of your sleep since you’re able to reduce outside distractions. Additionally, if you have an autistic child at home who’s sensitive to noise, you will be helping him by installing an acoustic window film.

Energy Saving: some window films have insulation properties. They will keep your room warm during the winter by retaining heat and keeping the room colder in the summer. In the long run, you will end up saving some money on heating and air conditioning costs.

Versatile: window films can be installed in almost all Window panes, and therefore they will save you a ton of money for installing double window panes or acoustic glass.

Aesthetics: plastic window films are available in various colors and different patterns to allow users to choose one that matches the interior decors of their homes. For instance, this privacy film decorated with flower patterns is ideal for the living room, home office, or bathroom.

This sounds futuristics-like a science invention of the 22nd century, but thanks to the advancement in modern technology, we can enjoy its benefits in the 21st century. Scientists from Singapore led by Dr. Yao Kui have designed a window-mounted transparent film that blocks unwanted noise and plays music. The product is made of a polymer strengthened using transparent lamination. This product cuts unwanted noises using the same principle as noise-canceling headphones.

This is how the window film works:

Even though this invention hasn’t yet been commercialized, the big question remains, are people willing to accept this kind of technology in their homes?

STC rating makes use of a special scale similar to what’s used on the Ritcher Scale for Earthquakes. This means that an increase in STC ratings from 28 to 30 translated to 90% noise reduction, while a change from 38 to 43 translates to 95% noise reduction. While an increase from 38-40 doesn’t sound like much (90% vs. 95%)- it should be noted that a change from 90% to 95% means that 60% of the remaining noise was dampened. Thus, every single number is representative of a large amount of noise.

A single pane window normally has a rating of 26-28. This range is given, considering that glass panes differ in thickness and how tight the Window is fitted on the frame. Jalousie windows/ louvered windows often have an STC rating low than 18.

Alternatives to Soundproofing Film for Windows

Because soundproofing film won’t make a day and night difference in noise reduction, you can simply pair it with other window soundproofing materials or use them as alternatives. Some of the most effective alternatives in this case include:

In my opinion, soundproofing curtains are one of the best alternatives to window films. Not only do these curtains absorb noise, but they also offer all other benefits you get with the film.

They are made of thick & dense materials that help minimize sound transmissions. Additionally, these curtains also protect the room from the harmful ultraviolet sun rays and give the desired privacy.

Like the film, the curtains are available in a variety of colors allowing you to choose one that matches the interior decors of your house. Like soundproofing paint, the curtains are also great in echo and reverb reduction and contribute to the room’s décor.

Window plugs, also known as window inserts, are removable or permanent inserts installed inside the Window. The purpose of a window plug is to prevent light, noise, and air from leaking in or out of space. These plugs increase the STC value by adding mass to the already thin windowpanes hence reducing sound transmission.

Another advantage you get with a window insert is that they act as thermal insulators reducing heat transfer between rooms. You end up saving some considerable amounts in energy bills in the long run. As aforementioned, window plugs can either be permanent or temporary, but that depends on you- a removable one would be great for use in the living room, where you regularly need to shine some sunlight once in a while.

In my previous review on Mass Loaded Vinyl, we saw how this butyl-based product effectively blocks noise. It’s one of the best soundproofing materials you can get on the market today. Using a transparent MLV such as the AudioSeal® Clear Sound Barrier on your windows will significantly reduce noise transmission without interfering with the transparency of your windows.

If you decide that the soundproof film is for you, you should focus on the other areas on the windows that are prone to leaking sound. Weatherstripping material such as DGSL Foam Insulation Tape not only will it help seal the Window around the frame, it can also be around windows. The foam insulation tape will also stop insects from crawling into your home.

Yes, soundproof window film does work. Acoustic deadening window films help absorb some noise and prevent vibration transmission through the Window. The films are made of environmental vinyl or plastic vinyl and are great in heat insulation.

Does Plastic on Windows Reduce Noise?

Yes, it does reduce noise. Plastic sheets possess some soundproofing characteristics. Though not highly effective, they to some extend absorb, dampen and block sound waves from leaking into space. An advantage of plastic sheets over regular sheets is that they are shatter-resistant.

How Can I Make My Windows Soundproof?

To successfully soundproof a window, you require four main approaches. Below is a brief highlight of the material and the products you require. First, you have to seal all the gaps around the windows to reduce airborne noise leaking through these small gaps. As aforementioned, something like weatherstrip material will help do the trick.

The second/third method involves adding a barrier between the Window and the rest of the room. This can be achieved by adding soundproofing materials such as heavy soundproofing drapes. You can also add a barrier on the outside- such barriers include planting shrubs or erecting a noise abatement fence on the side of the Window that needs soundproofing.

Lastly, you need to replace the existing Window with a soundproof window or double/tripped glazed window panes. Installing soundproofing windows is the most expensive method and the best because you get up to 60% noise reduction.

Soundproofing film for windows plays an important role in reducing the amount of noise transmitted through the windows. However, you shouldn’t expect day and night differences with these films, but there will be a considerable difference in noise reduction. Window films help in noise reduction and improve aesthetics; thanks to their designs, they add a layer of privacy, especially if you have snoopy neighbors.