Motorcycles are loud compared to non-modified cars. The sound of a motorcycle engine can be displeasure to some, but it’s also what makes others smile.

Whenever I see a motorcycle as a jog down the street, I frown and smile simultaneously.

My son is a motorcyclist. Even though the sound of his Harley Davidson Iron 883 makes me sick, I’m happy for him as it’s what makes him smile.

He picked up this hobby as a way to disconnect from a notorious gang he’d involved himself with. Now you know why I frown and smile at the same time whenever I hear the sound of a motorcycle passing down the street.

But why are motorcycles so loud?

The main reason motorcycles are loud is the exposed engine and its exhaust pipe’s length. Unlike cars, motorcycle engines aren’t insulated to dampen engine noise. Additionally, the exhaust system isn’t long enough to slow the air and exhaust gases down, making it louder.

In this guide, I shall explain why motorcycles are loud and recommend some of the best quiet motorcycles on the market.

I shall also provide you with the set ordinances that govern motorcycle noise, and I’m quite certain that this guide will definitely be of benefit to you.

Contents show
Why Are Motorcycles So Loud?
Other Reasons Why Motorcycles Are Loud?
Aftermarket Exhaust
Harley Engines have to be Louder
Older Motorcycles Were Manufactured Louder
Why Do Motorcyclist Use Make Motorcycles Louder?
Motorcycle Noise Ordinances?
Quietest Motorcycles on the Market Today?

Why Are Motorcycles So Loud?

Motorcycles engine are small compared to car engines. Unfortunately, they are loud than most cars. The main reason a motorcycle is often loud is the engine and exhaust system.

Whether single, twin, or quad, the engine is often left in the open regardless of the engine type. The engine is exposed to the environment, and no proper soundproofing or noise-dampening insulation is added.

That’s the reason why we hear pistons firings as you hit the gas. 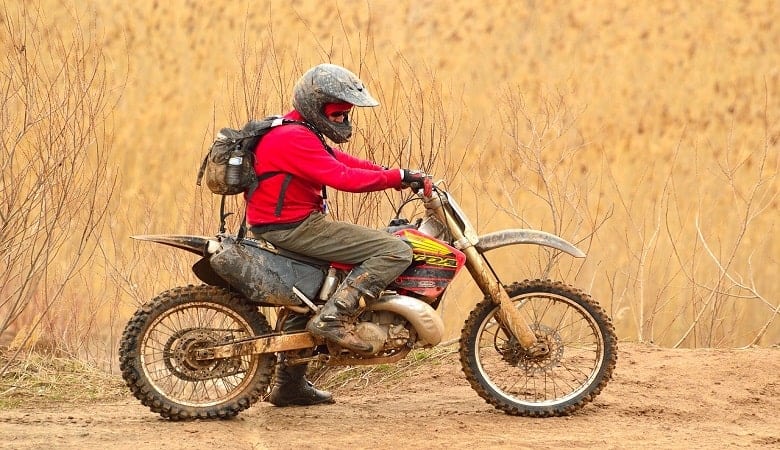 Additionally, cars have exhaust pipes length measuring 8 to 16 feet long. They originate from the car engine and extend to the rear bumper where the exhaust pipe is visible.

Unfortunately, a motorcycle exhaust pipe is only 3feet or less and is narrower than a car.

The length and the diameter of an exhaust pipe determine how loud or quieter the motorcycle is.

For instance, a car exhaust system is quite long. This allows more time for air and exhaust gases to bounce around the exhaust tube, resulting in energy loss (sound loss) as the gases exit the exhaust pipe.

Cars use mufflers to further help reduce the amount of noise that comes through the exhaust. As I’ve seen in my previous posts on quiet performance mufflers, these are perforated chambers and tubes designed to reduce noise output and slightly improve car performance.

Unfortunately, motorcycles have very tiny mufflers that are smaller than a few inches long; that’s why motorcycles are much louder than other automobiles. The size of motorcycles doesn’t allow for bigger room for large size mufflers.

Other Reasons Why Motorcycles Are Loud?

While engine and exhaust systems are, in most cases, the possible reasons why motorcycles are loud, there are other reasons why you may find a motorcycle louder than usual.

Stock exhausts systems aren’t that loud, even though they may sound loud. They produce under 90 decibels.

Some motorcycle diehards replace the stock exhaust with an aftermarket exhaust system to get a louder growl. These alterations are made to improve performance and horsepower but, in the end, make the motorcycle louder than it previously was.

Why do most motorcyclists opt for aftermarket exhaust systems? Well, below are the most obvious reasons.

Harley Engines have to be Louder

Usually, Harley engines have restrictive air cleaners, and the exhaust features a catalytic converter to restrict more air meaning the engine is under so much pressure due to the low airflow.

Most owners remove the restrictors for the engine to have enough airflow, and they do so by replacing s free-flowing aftermarket exhaust system and air cleaner.

They also opt to remove the catalytic converter to give the engine more power but become louder.

Some riders even go for the straight pipes, which have no internal baffles and are too loud. The straight pipes don’t improve the performance o, so the people who install them only do it for the sound.

However, note that not all-obnoxious noises are on purpose because some riders do it to improve performance while others do it for the sound only.

Years back, most buyers preferred louder motorcycles, so the manufacturers considered that while designing.

Modern motorcycles are quieter since their mufflers are made with quiet technology, which produces less noise.

Some of these older motorcycle mufflers have broken over time, making them not function properly making them louder.

Why Do Motorcyclist Use Make Motorcycles Louder?

There are several reasons why riders make their motorcycles louder; though it may seem bad for an ordinary person, it goes a long way in protecting the pedestrians and the rider as well.

Riders enjoy the loud sound. People have different reasons for what makes them happy and so do riders. While there’s no scientific explanation, it all depends on the rider’s preference.

According to research published on HG Legal Resources, the failure of motorists to notice riders in traffic is one of the leading causes of motorcycle accidents. (Source)

Loud exhausts from motorcycles will get other road users attention making them aware of a motorcycle in the vicinity.

Another reason why motorcycles are loud is for the safety of pedestrians. Some road users across the road without paying attention.

Unlike cars, motorcycles are hard to notice from a distance. But with the loud sounds they make, pedestrians are able to notice them.

Out of the 50 states, 46 support the Federal EPA laws on noise. Michigan, Pennsylvania, Oregon, and Vermont don’t have these laws.

The states that support require approved and untampered pipes with EPA embossing making it easier to enforce.

Most states have requirements that limit noise emission by year and speed. For example, most pre-1973 motorcycles produce up to 90+ decibels at higher speeds which is acceptable.

However, the EPA requires all post-1985 street-legal motorcycles to have a maximum of 80 decibels.

Enforcing these rules often requires the use of calibrated sound meter. If you’re thinking of using your smartphone’s sound measuring app, it won’t stand a chance in a court of law. You may require a field calibration kit.

Additionally, the meter may record other louder sounds than the motorcycle hence giving a false reading.

This makes it hard to impound bikes for noise-related complaints, and that’s why most bikers get away with it unless they do something illegal like overlapping or passing a red light.

Quietest Motorcycles on the Market Today?

There are several quietest motorcycles you can get on the market today. They include: